The health and safety of our customers is of paramount importance to us. Learn more about our response to COVID-19. 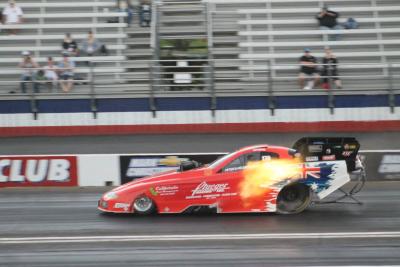 California Pest Management has always done things their way, a bit different than the average pest management company.  From inventing and perfecting the concept of Integrated Pest Management in and around structures to broadening service offerings ahead of market demands.  Marketing for smaller companies has always been difficult and costly.  Getting your name out to a target audience requires a brand recognition campaign followed by direct market penetration.  California Pest Management utilizes the internet for an online presence plus various social media as does most of the industry.  To stand out, California Pest Management took a side step into Motorsports Sponsorships.  CPM sponsors motor racing teams in the southern California market.  Specifically NHRA and Nascar Monster Energy Cup Series races.  While most think this would be cost prohibitive, it can be made affordable with the right team and package level.   The market made up of Nascar and NHRA fans is not the lower blue collar market anymore.  Millenials and Baby Boomers alike are getting into motorsports racing.  These include white collar well established Baby Boomers who grew out of the blue collar families and into positions of wealth and prosperity – the kind of customers we want!

CPM has sponsored the #32 GoFas Racing Ford at the 2018 AAA Speedway Monster Energy Cup race in Fontana, California.  As part of the package, photos of the car with driver and CPM owners were provided and distributed on all social media and in some fliers promoting the company.  For the NHRA, the Winternationals and Finals are both held in Pomona, CA, in CPM’s market.  California Pest Management obtained a major sponsor level for a small Top Fuel Funny car team with Jeff Arends as the driver in the fall of 2018 as well as a minor sponsor the Tim Wilkerson’s Top Fuel Funny car.  This brought national attention to the company brand as well as local attention in our local La Verne community. In 2019 for the Winternationals, California Pest Management again went with Tim Wilkerson Racing’s Top Fuel Funny Car, but as a much larger sponsor and also providing catering for the crew.  What did get CPM?  Large logos of the company on the back and both sides.  This amounted to great visibility at the starting line and also television interviews of the driver with his car in the pits and the fans seeing the CPM logo on the race car up close in the pits.   With pit passes for all staff at CPM and entertaining customers in the Hospitality area of the pit, this turns into a marketing game changer.

Cost for this level of sponsorship is about the price of one 30 second radio spot.  California Pest Management came away with networking the other sponsors, multiple photos and videos of the car in action.  Nothing like a Top Fuel Funny car doing a smoky burn out to draw your attention!

With smaller budgets like all medium sized companies, California Pest Management’s return on this investment was reasonable from both increased brand recognition and increased customer base.  The new customers generator by this effort covered a 4x over the cost of the advertising.  You can expect to see more of this time of grass roots local marketing in the future.

There could potentially be an opportunity for any pest management company in a city that hosts a NHRA event to join on for a large buy in for the car for the year.

Click on a "tag" below to explore related articles. Or pick from other featured Businesses to Watch.